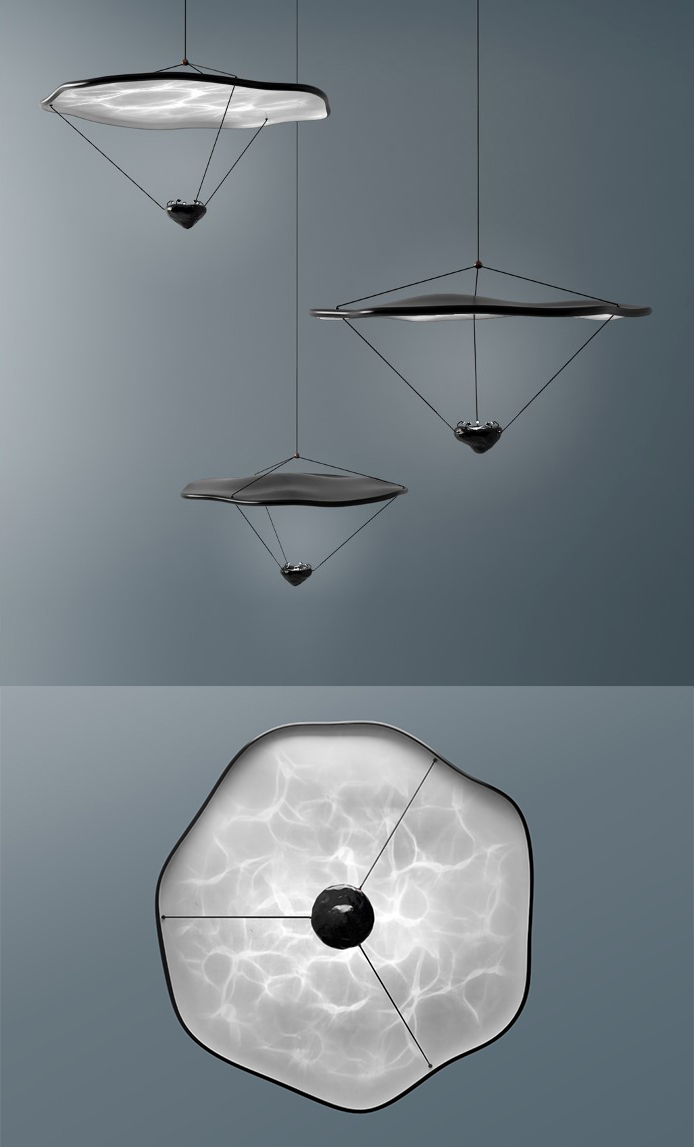 The Muul light isn’t as much about the light itself but is more about the effects of it. Look at that pattern and it looks innately familiar, but also incredibly calming. The Muul harnesses water’s ability to bend light, creating a caustic network of beautiful light patterns that sway and change with the water’s ripples. When you switch the Muul on, you’re immediately audience to these beautiful reflections as they dance around Muul’s blank canvas, created from a small pool suspended right below the canvas itself. The pool holds the water (which is gently agitated by an electromagnetic ball, creating ripples) while lights around its rim shine down on the water, causing the caustic reflections to shimmer on the white surface above.

What’s incredible is Muul’s ability to not be a light, but rather a phenomenon caused by it. It isn’t designed to make your room brighter, but rather, to make it more beautiful, setting an ever-changing ambiance that is restless, but also at the same time, relaxing! 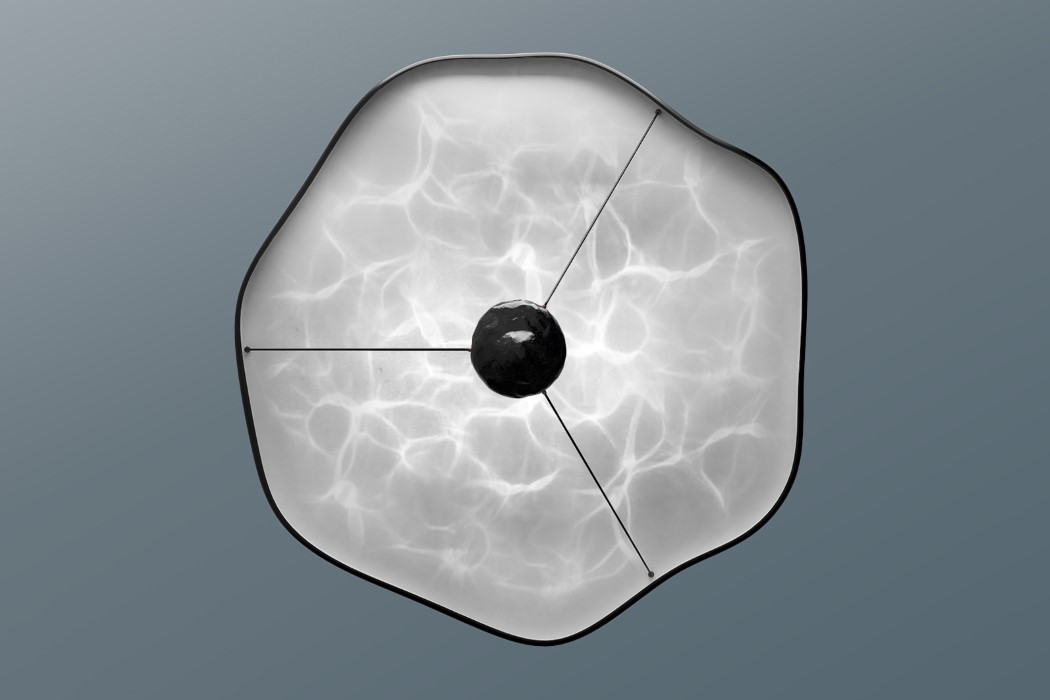 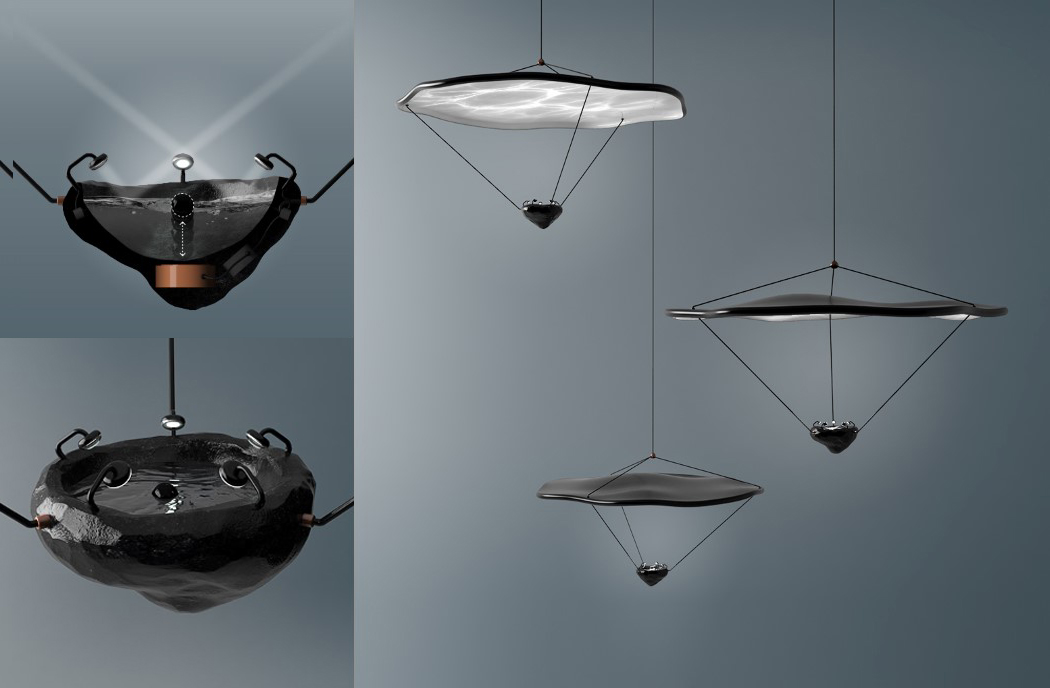 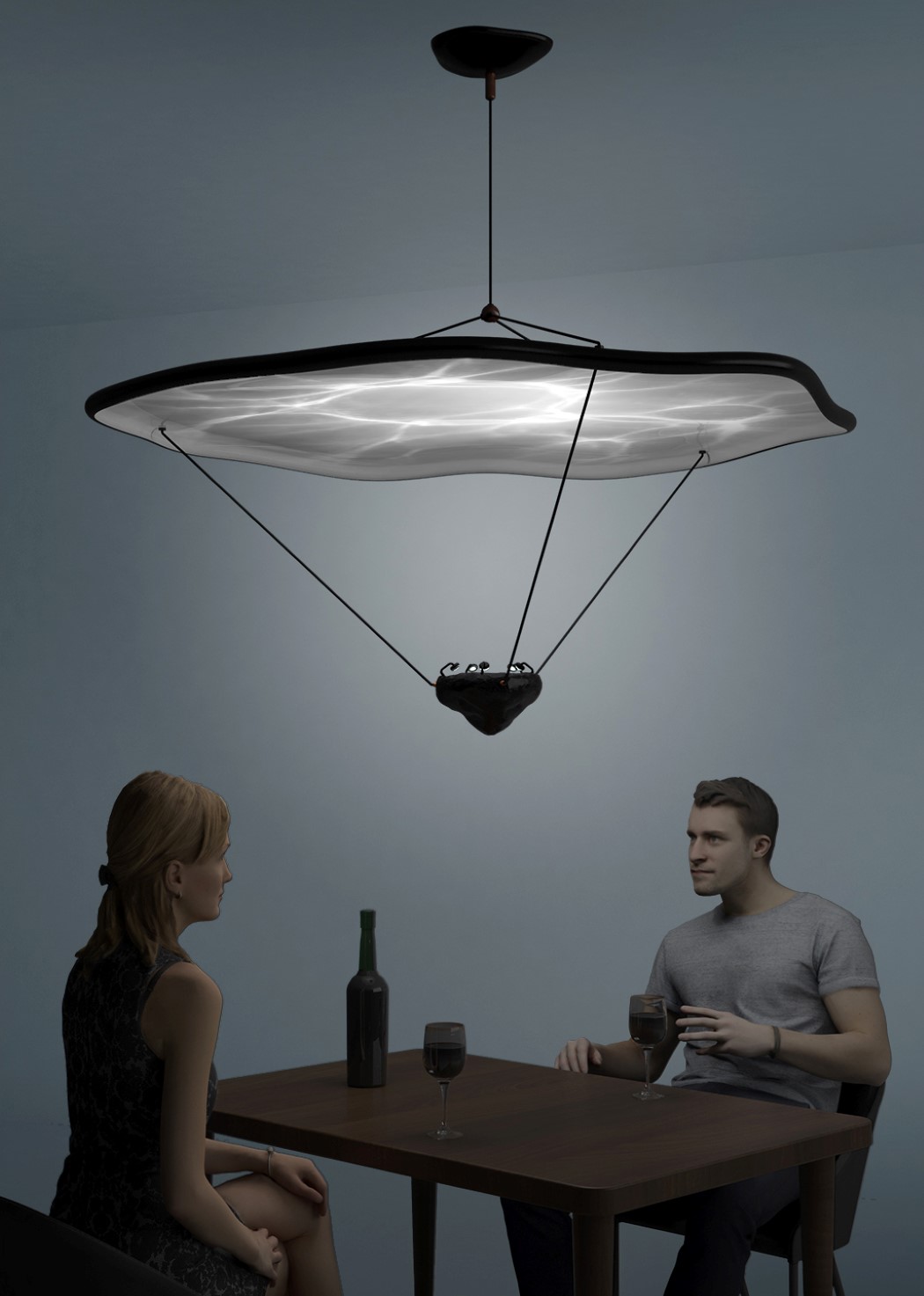 The Plankpad by Passionfruit B.V.
Onliu cup by Vini Rhee