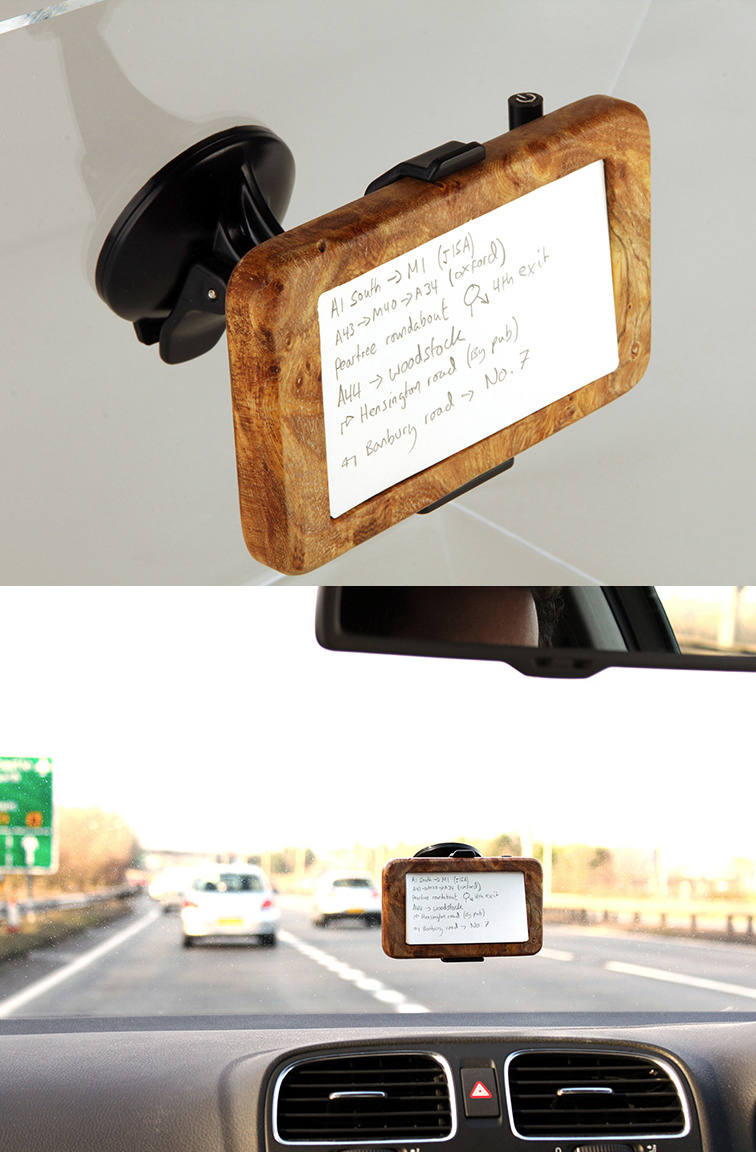 Product designer Henry Franks about project: “The Pad Nav is a satirical design project about satellite navigation devices. The Pad Nav mimics the physical form of a Sat Nav, but is in fact a machined piece of burr elm with a recessed note pad. The design aims to poke fun at our over reliance of technology and is a reference to the obsolescence inherent within technological devices. Importantly, the Pad Nav is interchangeable with an actual Sat Nav on the windscreen mount. It is not saying that there is no need for satellite navigation, but rather people should consider the alternatives.

This was part of a research project into humour and how the mechanics of humour can be used to create improved alternatives to existing objects. I categorised how to create humour in objects into three rules and designed a product for each of the rules which were; behaving in an unusual way, being in an unusual place, and being the wrong size.” 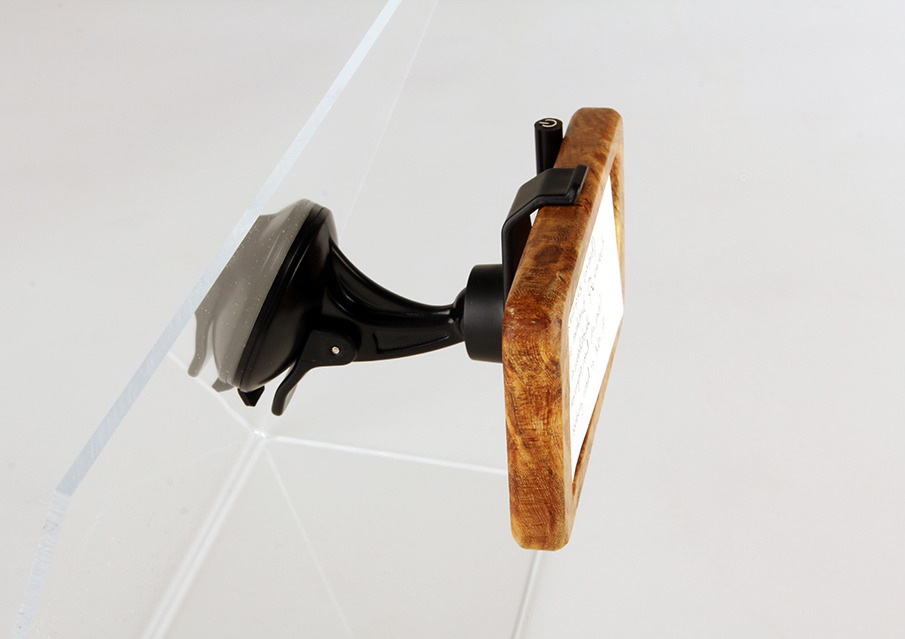 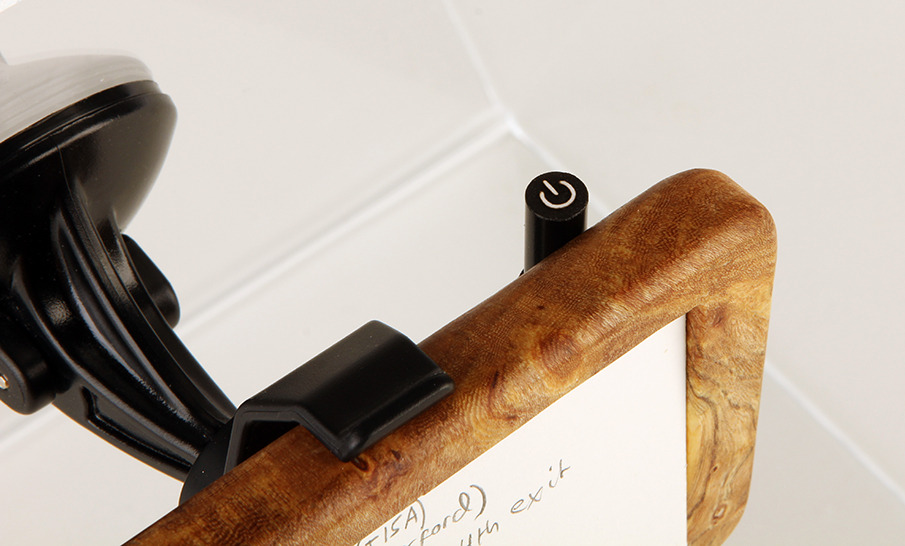 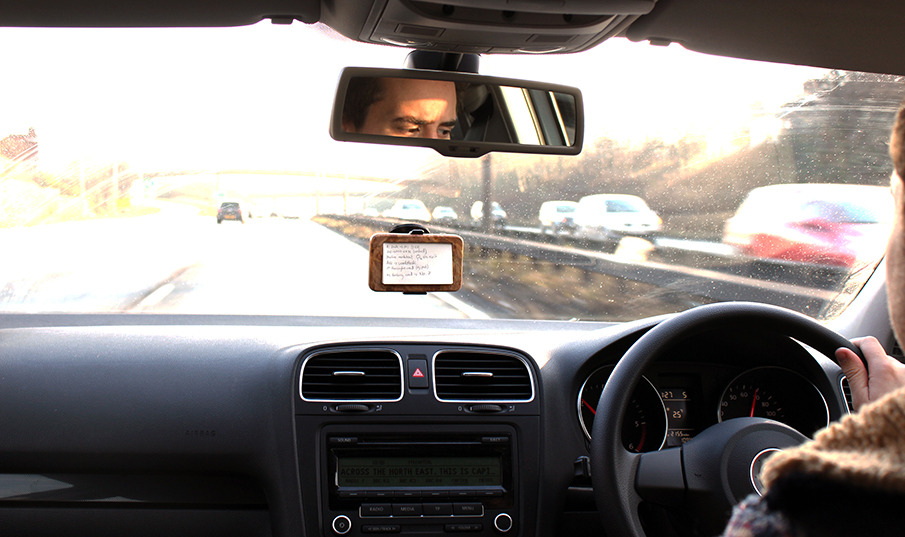