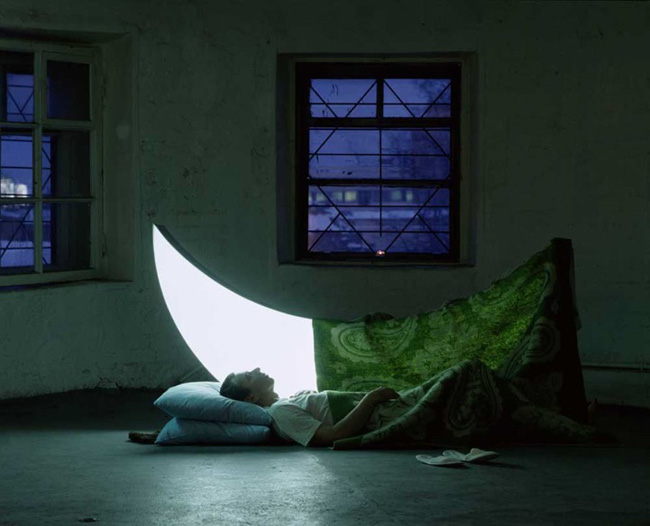 The project Private Moon, created by Leonid Tishcov, a Russian artist, is a beautiful piece of art. His photography and poem captures the essence of each photograph as it creates a story about the  Private Moon.

Leonid Tishkov explains his work,” Private Moon is a visual poem telling the story of a man who met the Moon and stayed with her for the rest of his life. In the upper world, in fact in the attic of his own house, he saw the Moon falling off from the sky. Once she was hiding from the Sun in a dark and damp tunnel. But the passing trains frightened her. Now she came to this man’s house. Having wrapped the Moon with warm blankets he treated her with autumn apples, gave her a cup of tea, and when she got well he took her in his boat across the dark river to the high bank overgrown with moon pine-trees. He descended into the lower world dressed in the clothes of his deceased father and then returned from there lighting up his path with his personal Moon. Crossing the borderline between the two worlds across a narrow bridge, immersed in a dream and taking care of this heavenly creature, the man became a mythological being living in a real world as in a fairytale. Each photograph is a poetic tale, a little poem in its own right. Therefore each picture is accompanied by my own verse, which I wrote when I drew my sketches for the photographs. So it turns out that the Moon overcomes our loneliness in the universe uniting many of us around it.” 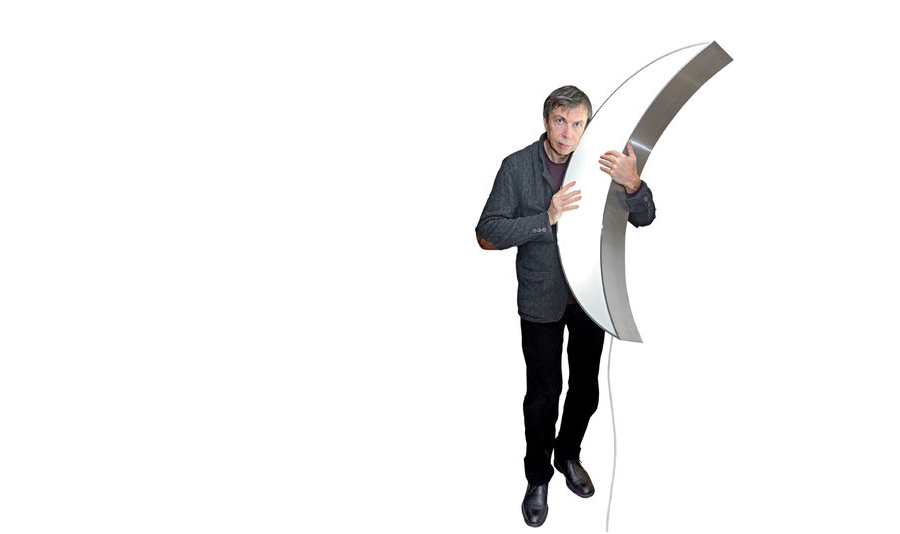 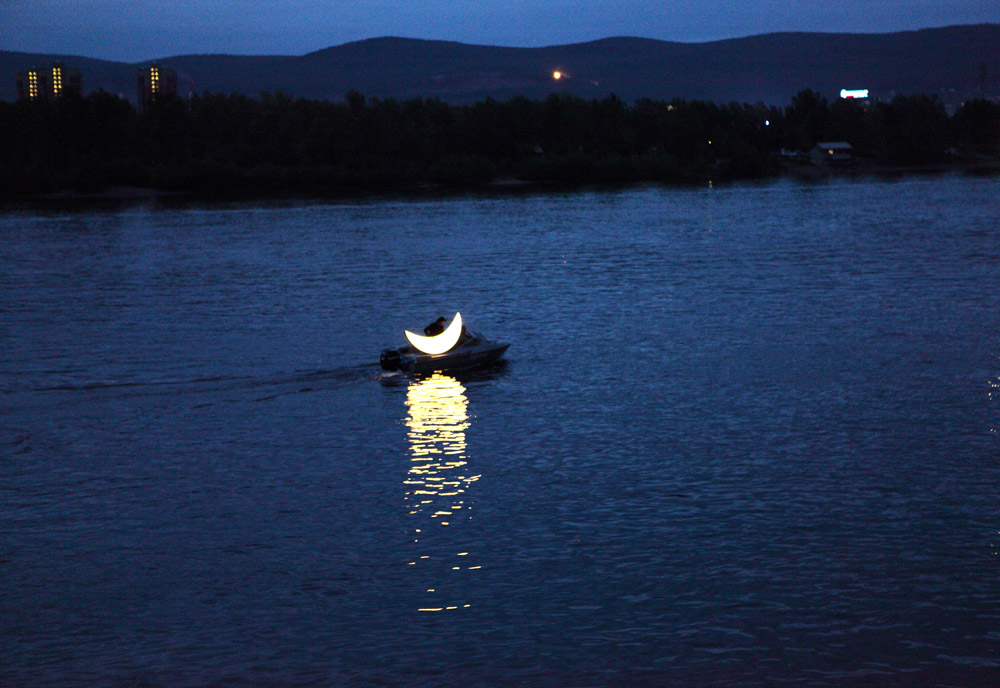 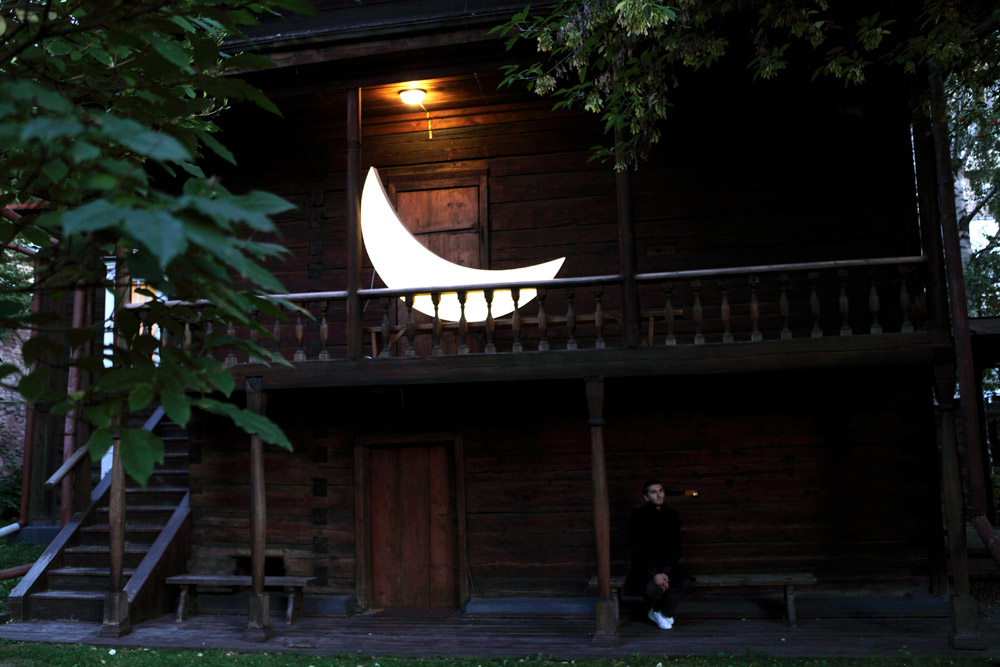 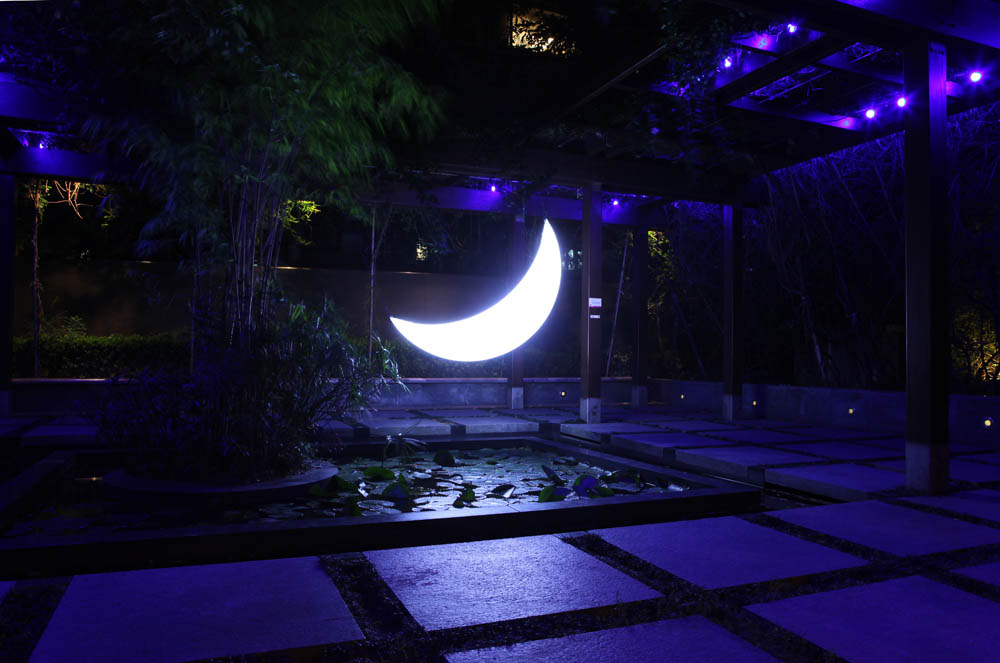 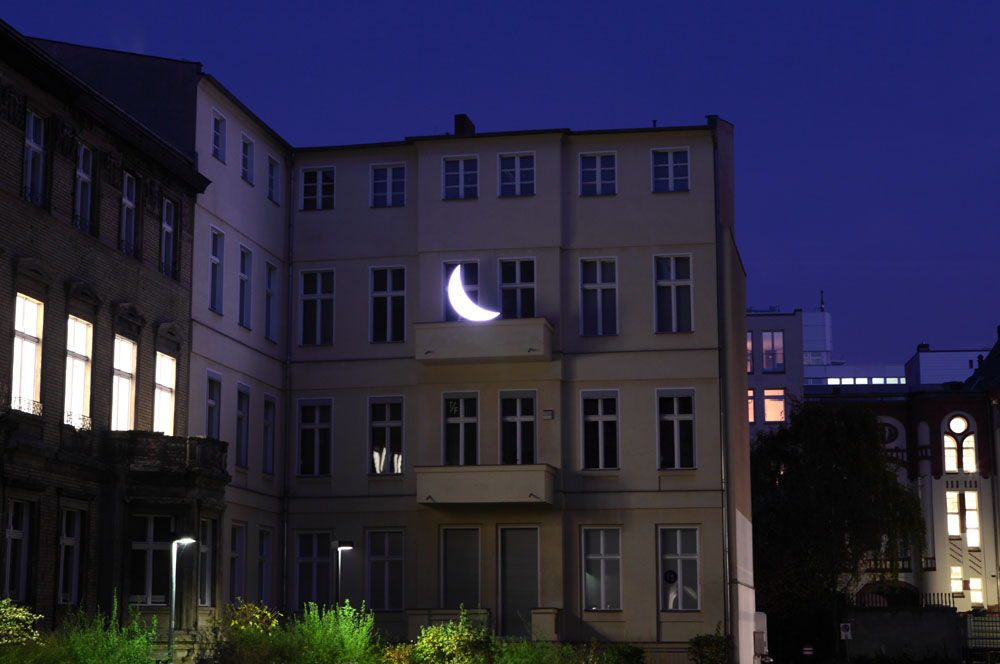 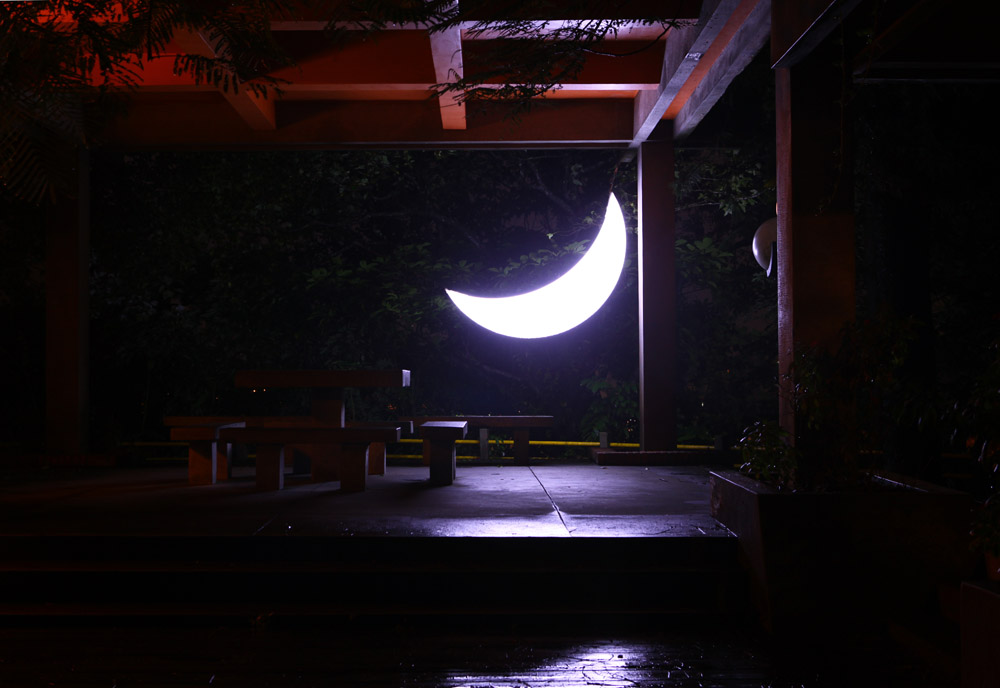 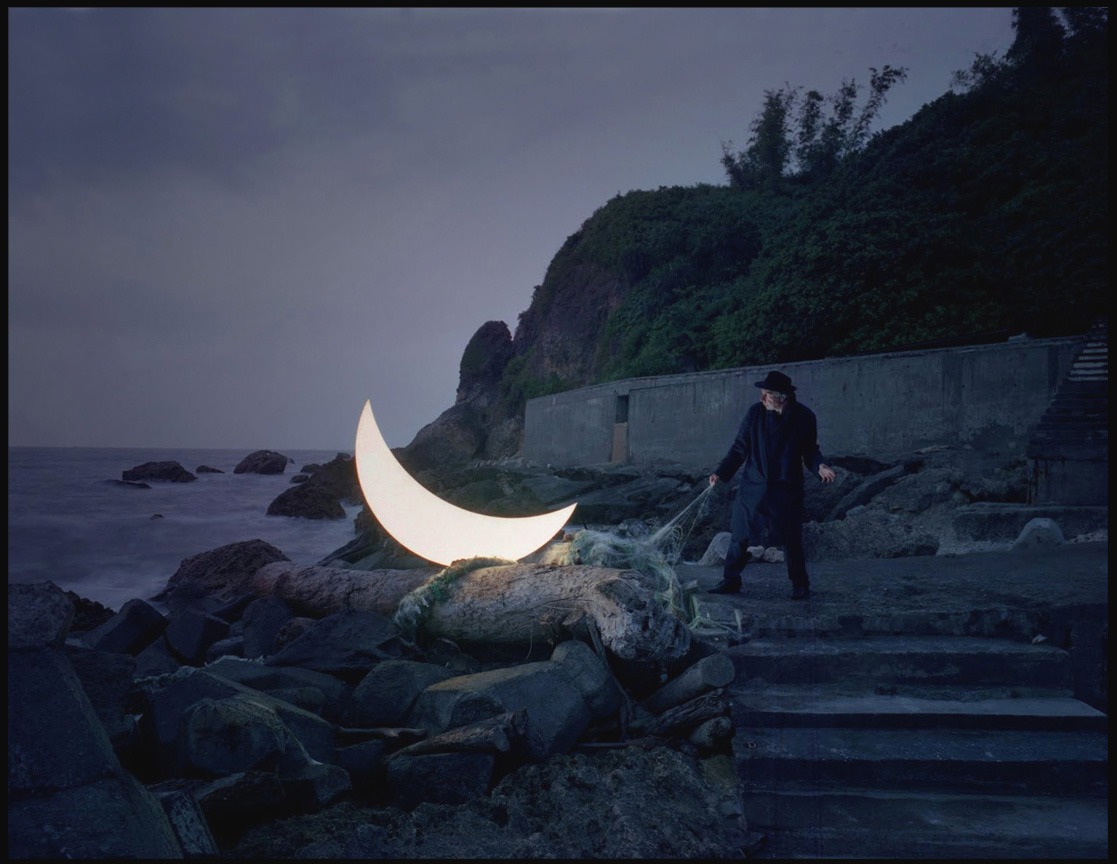 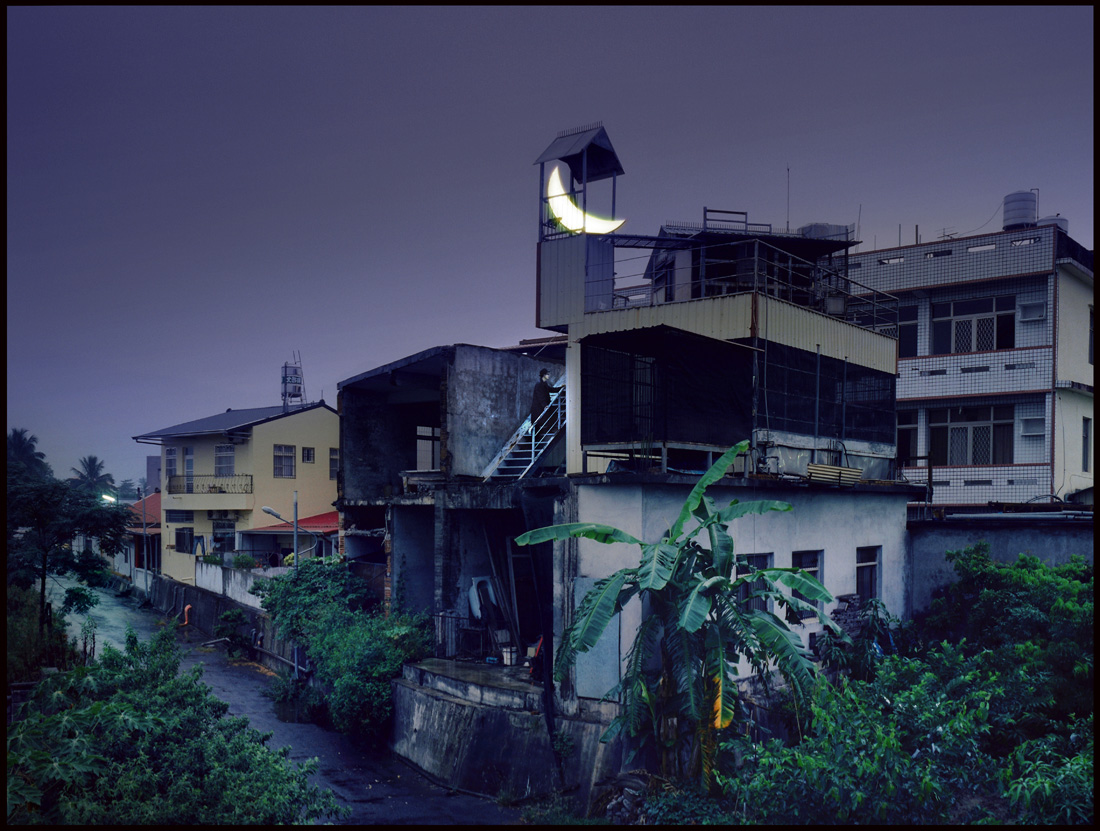 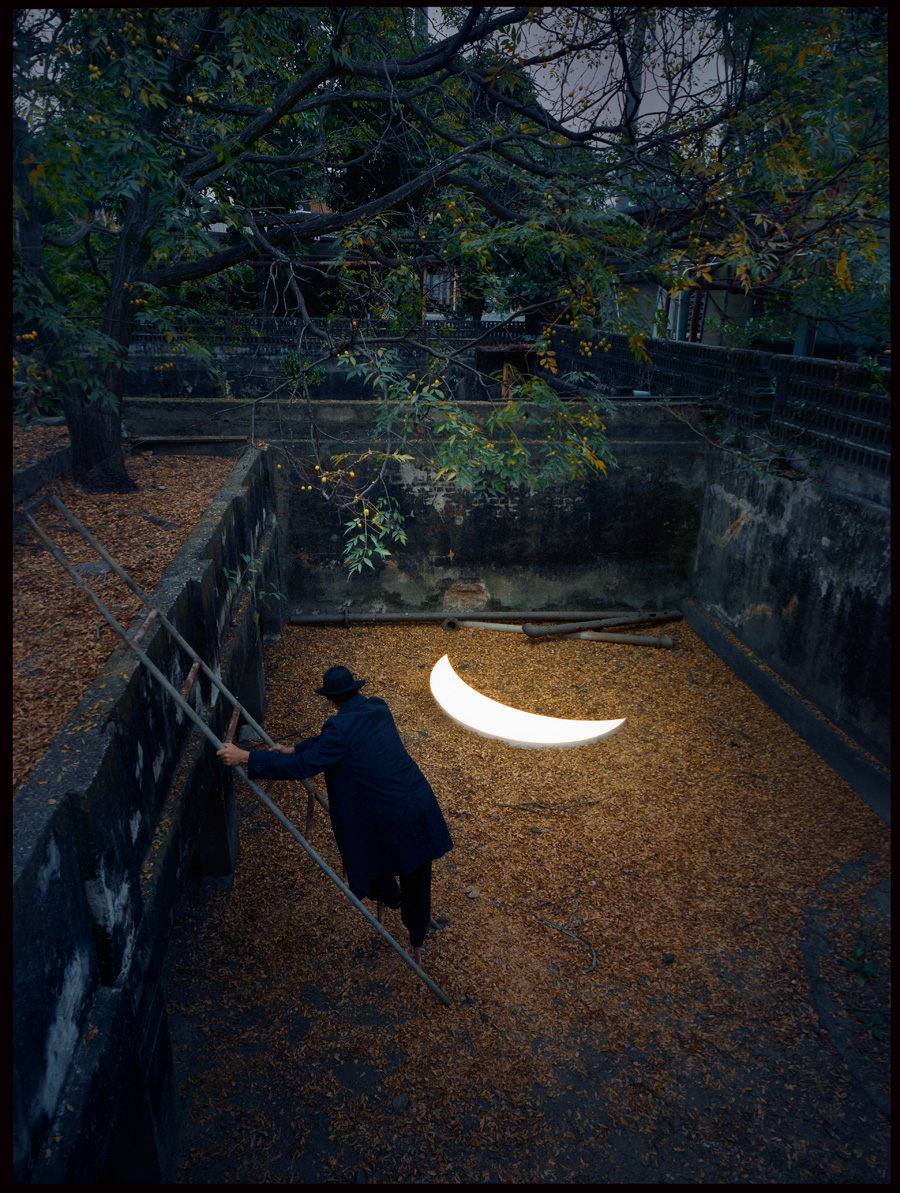 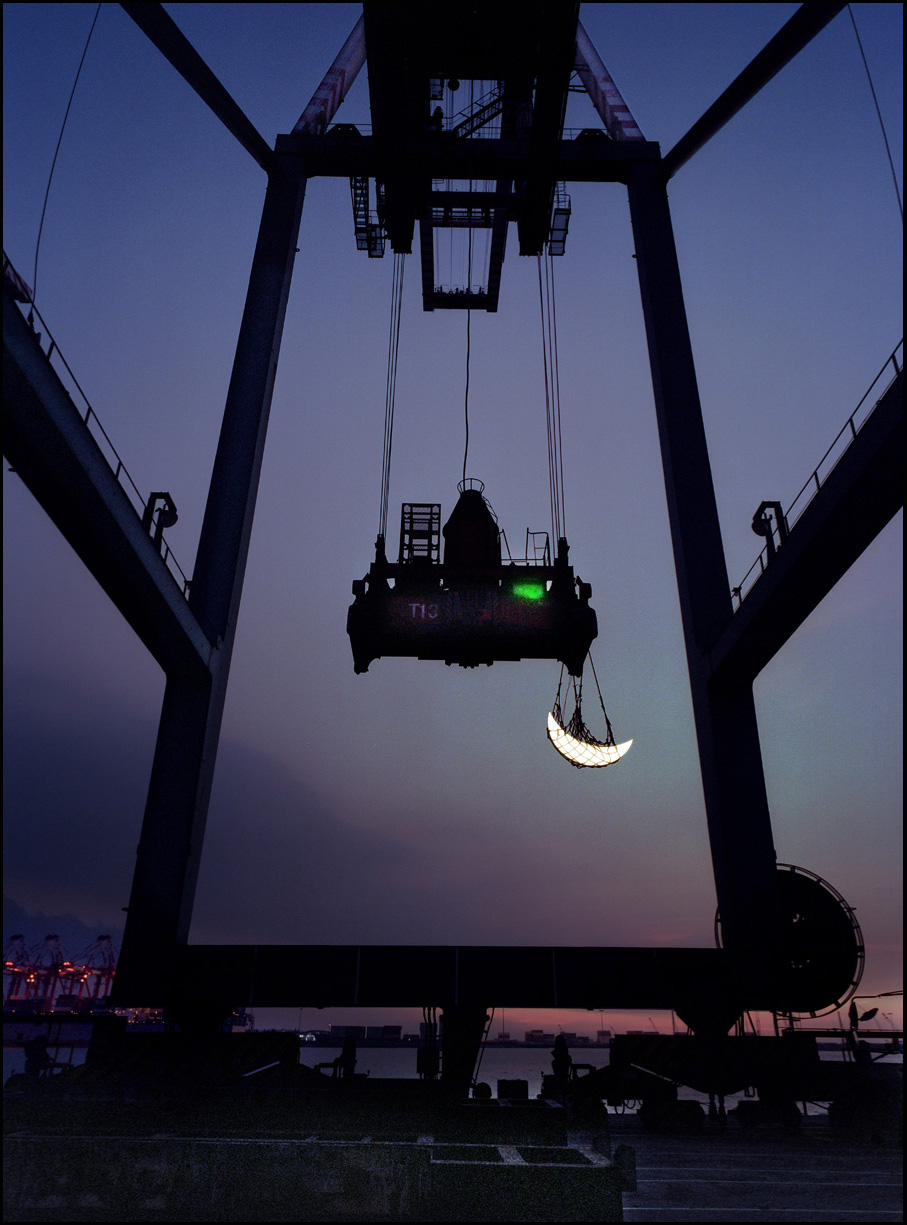 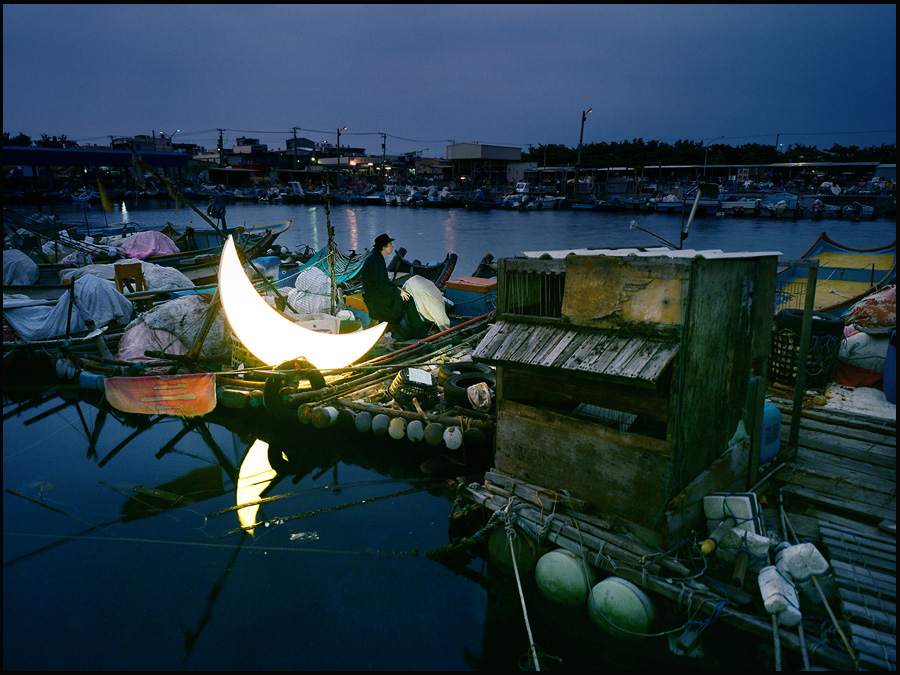 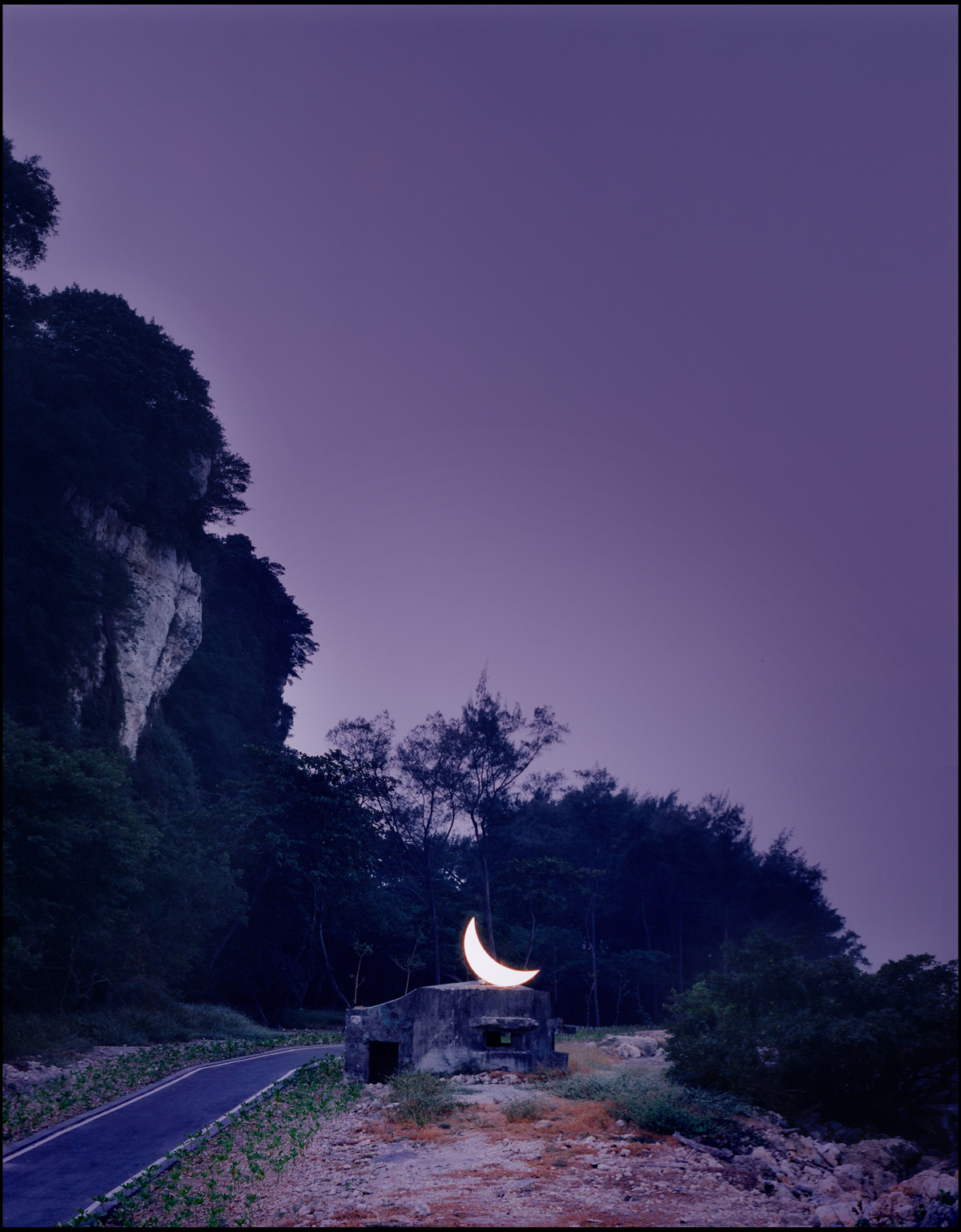 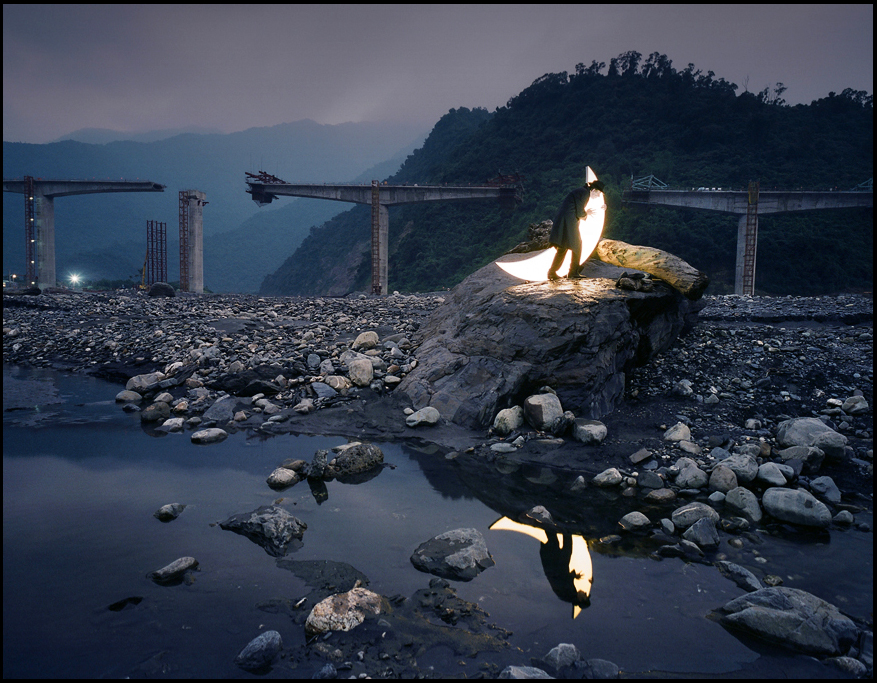 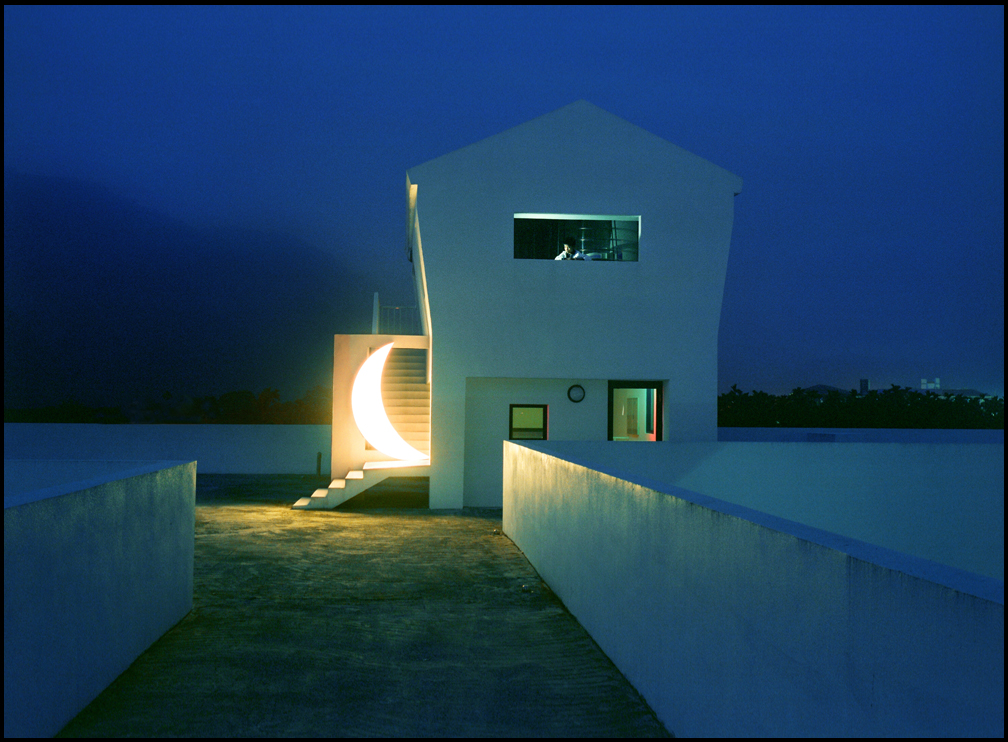 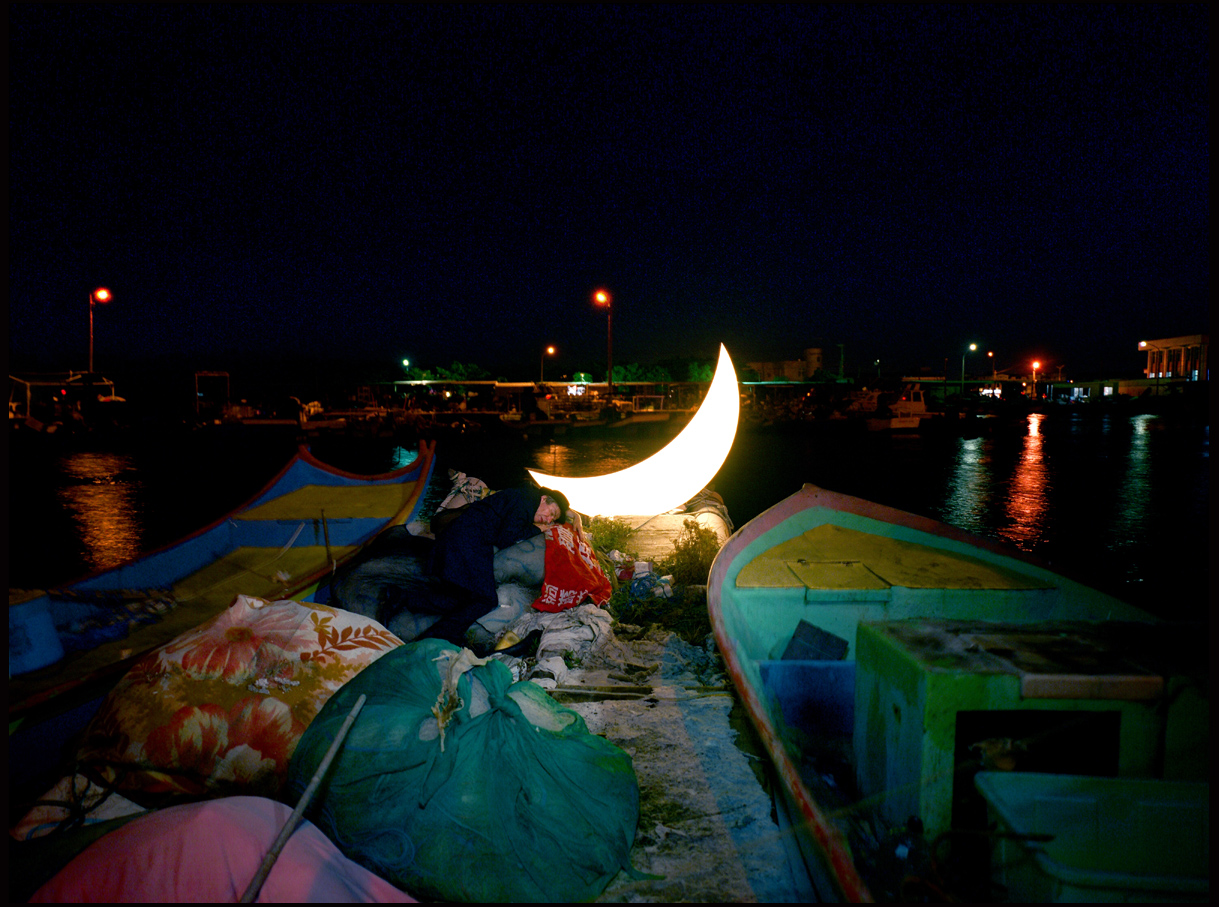 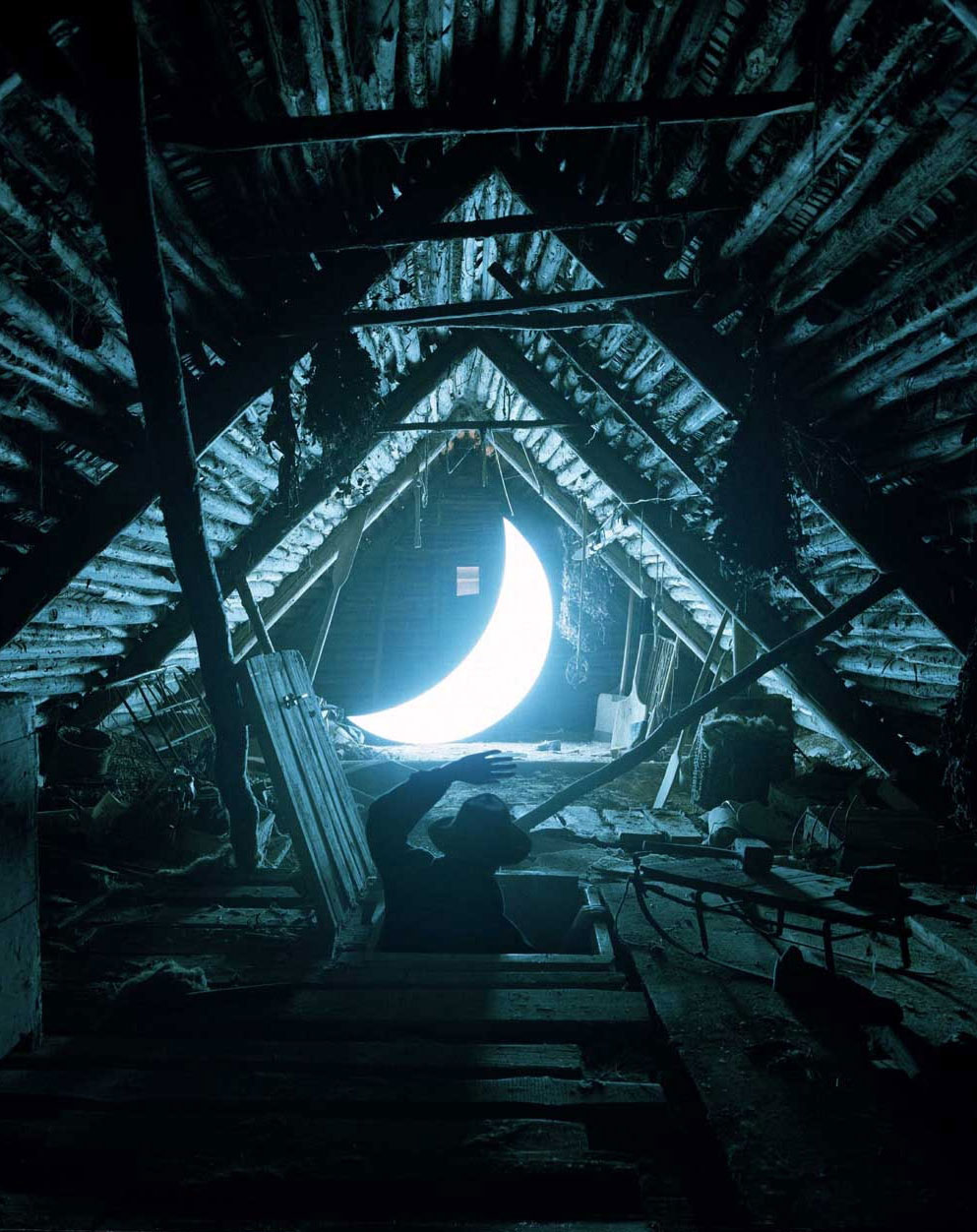 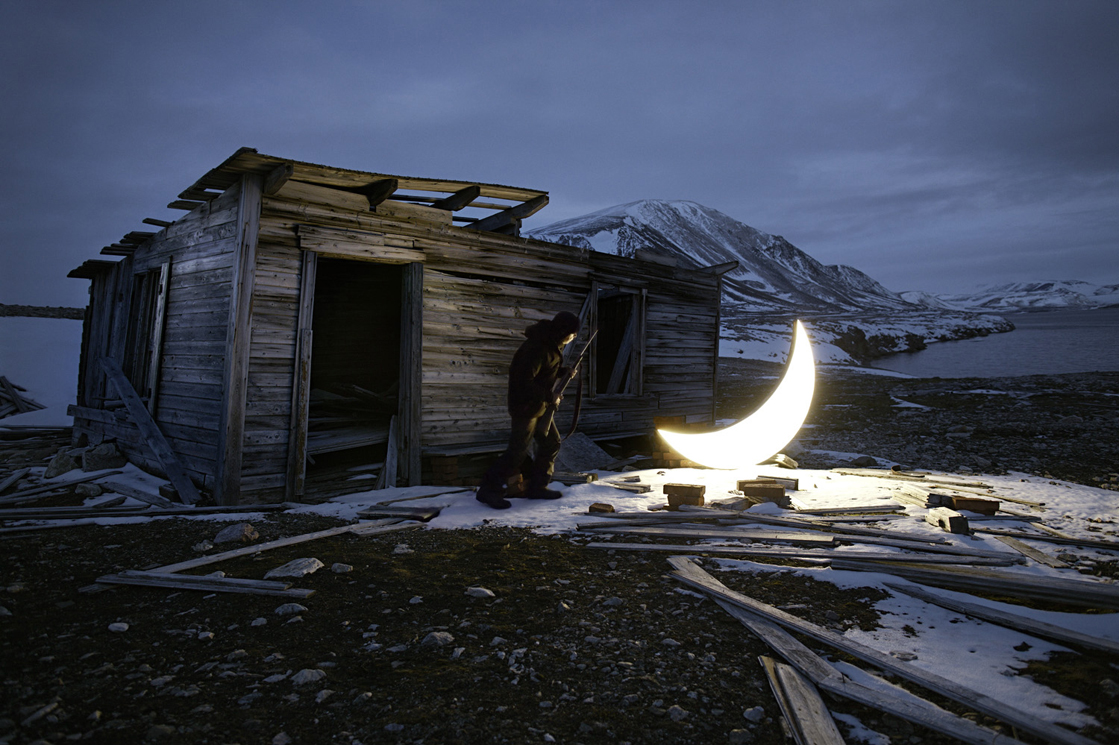 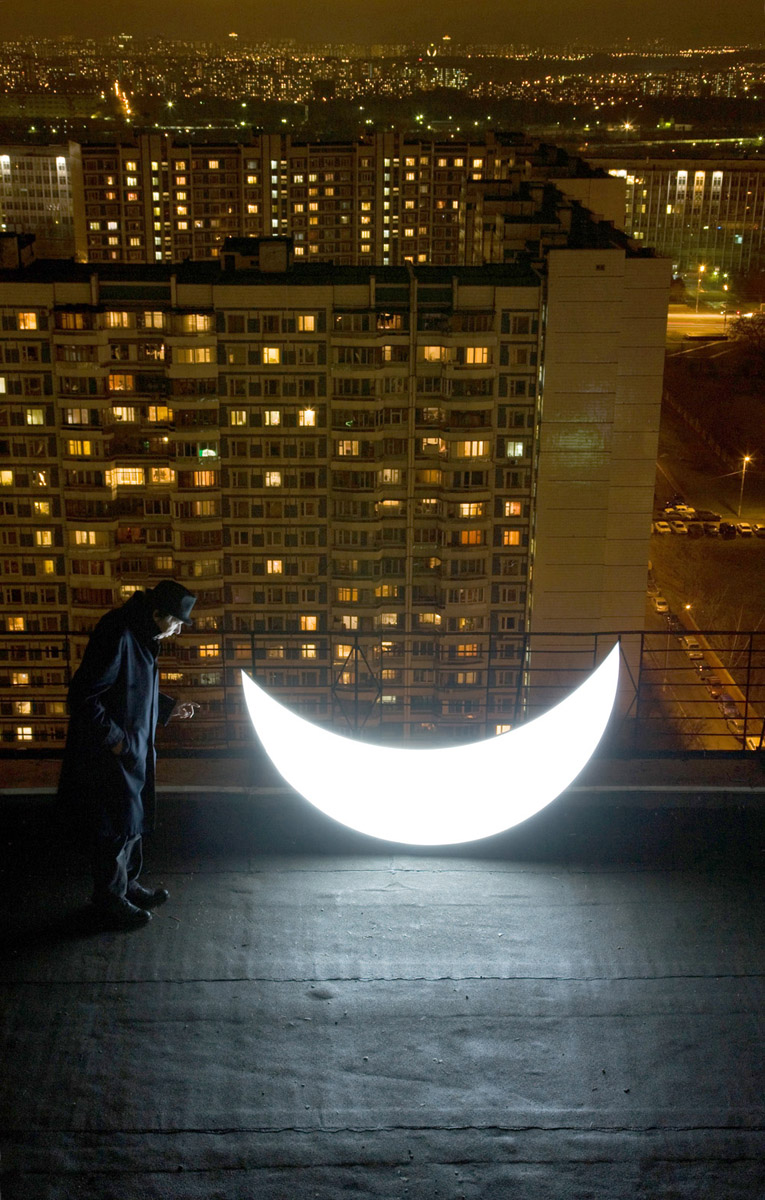 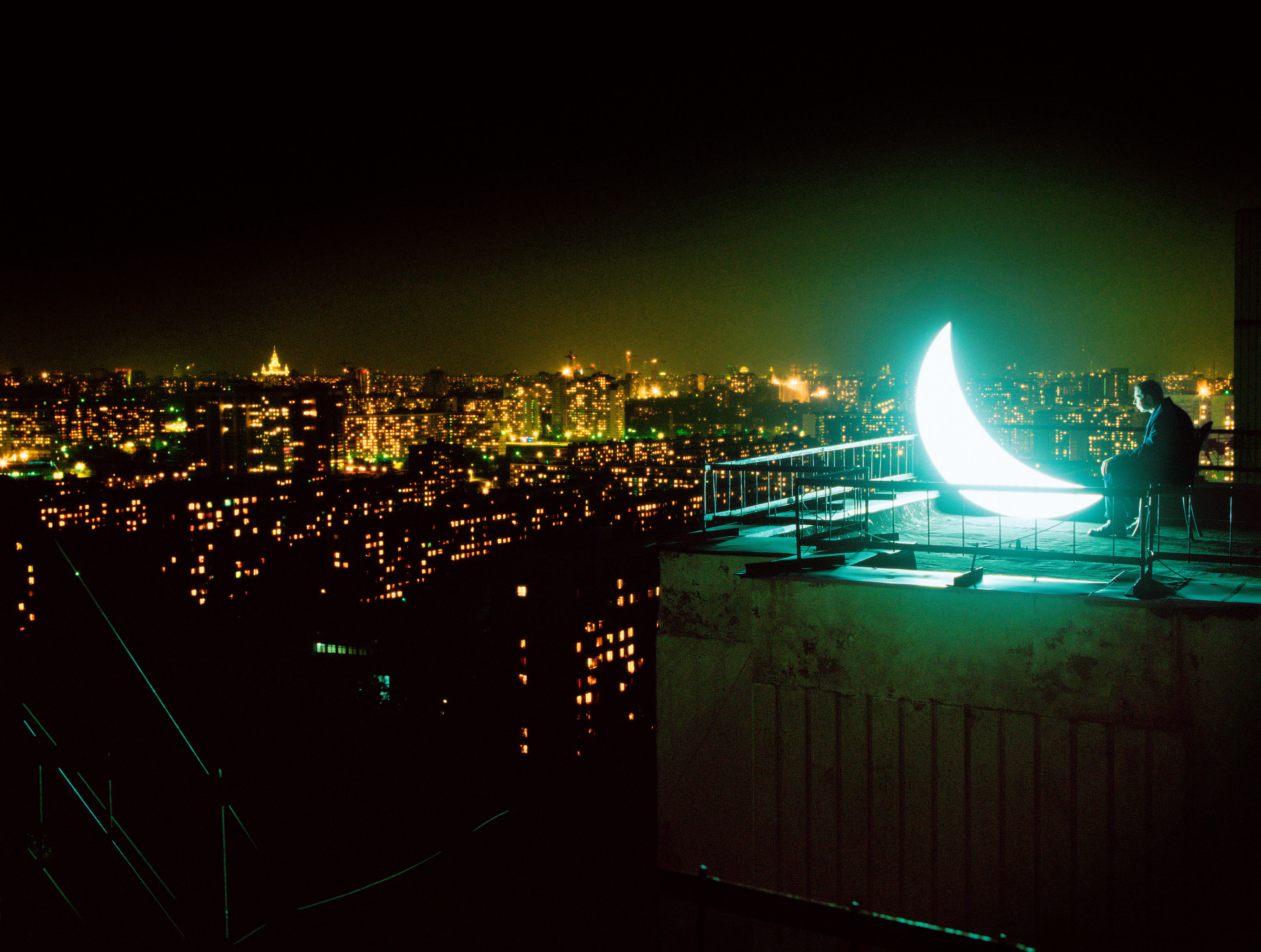 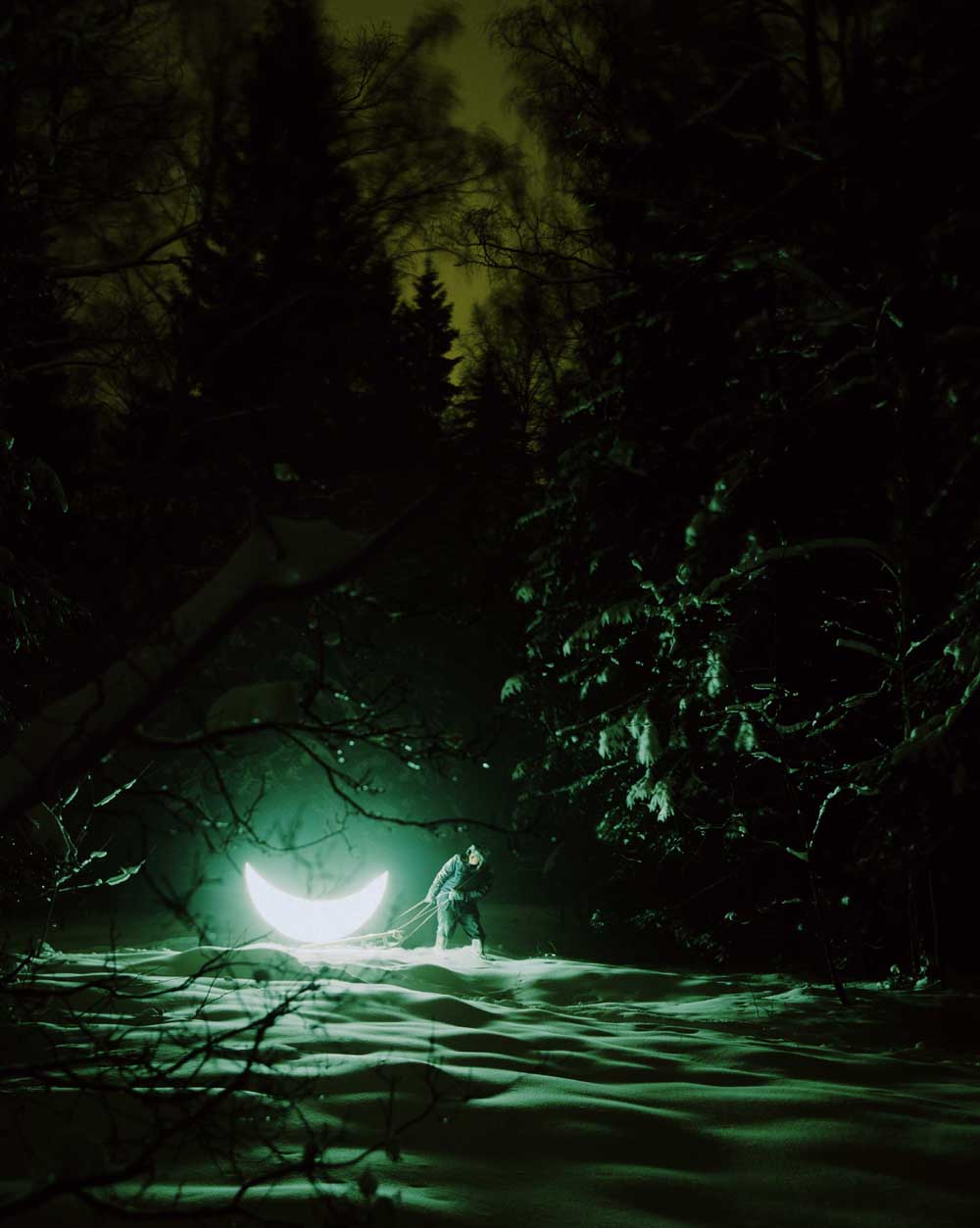 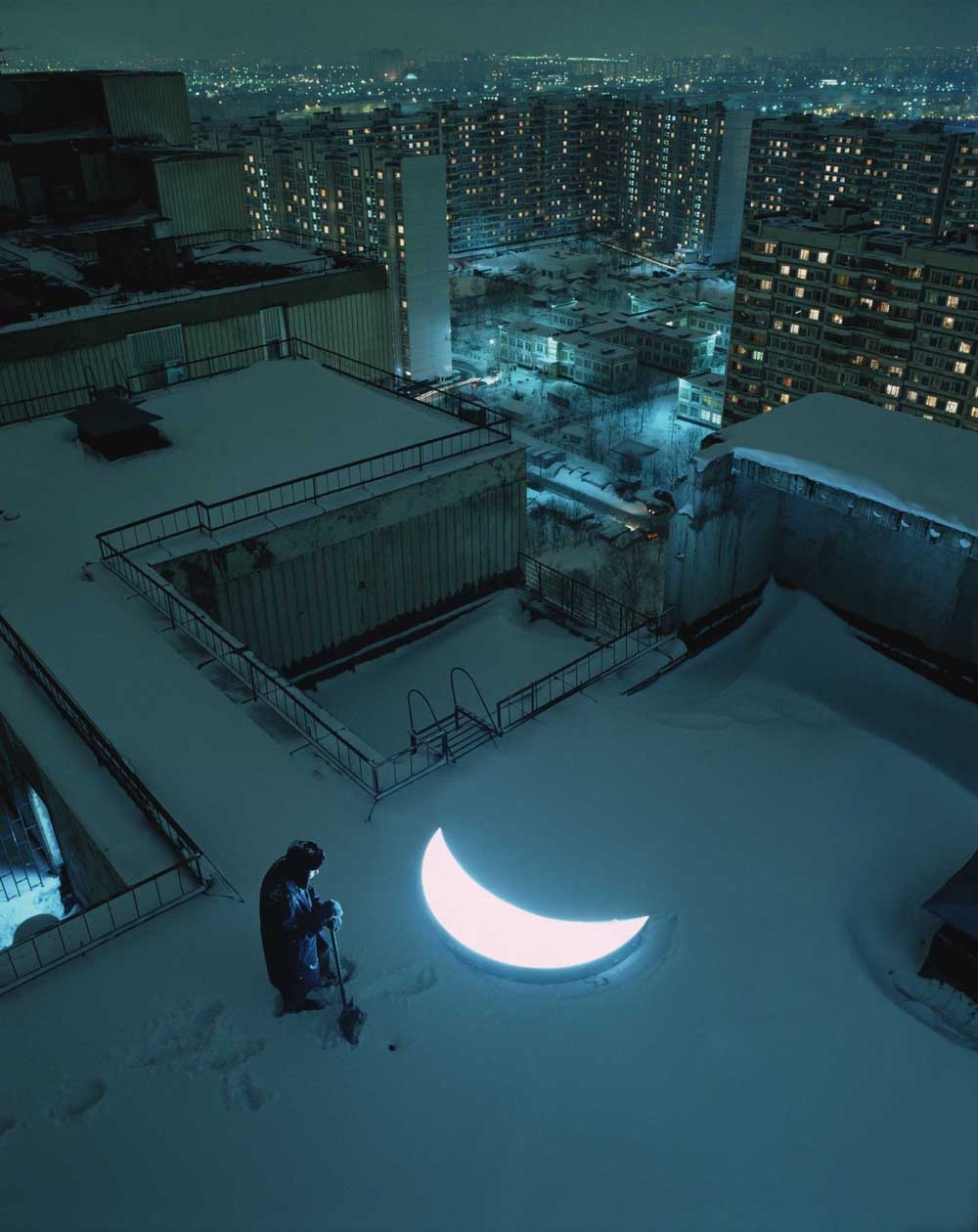 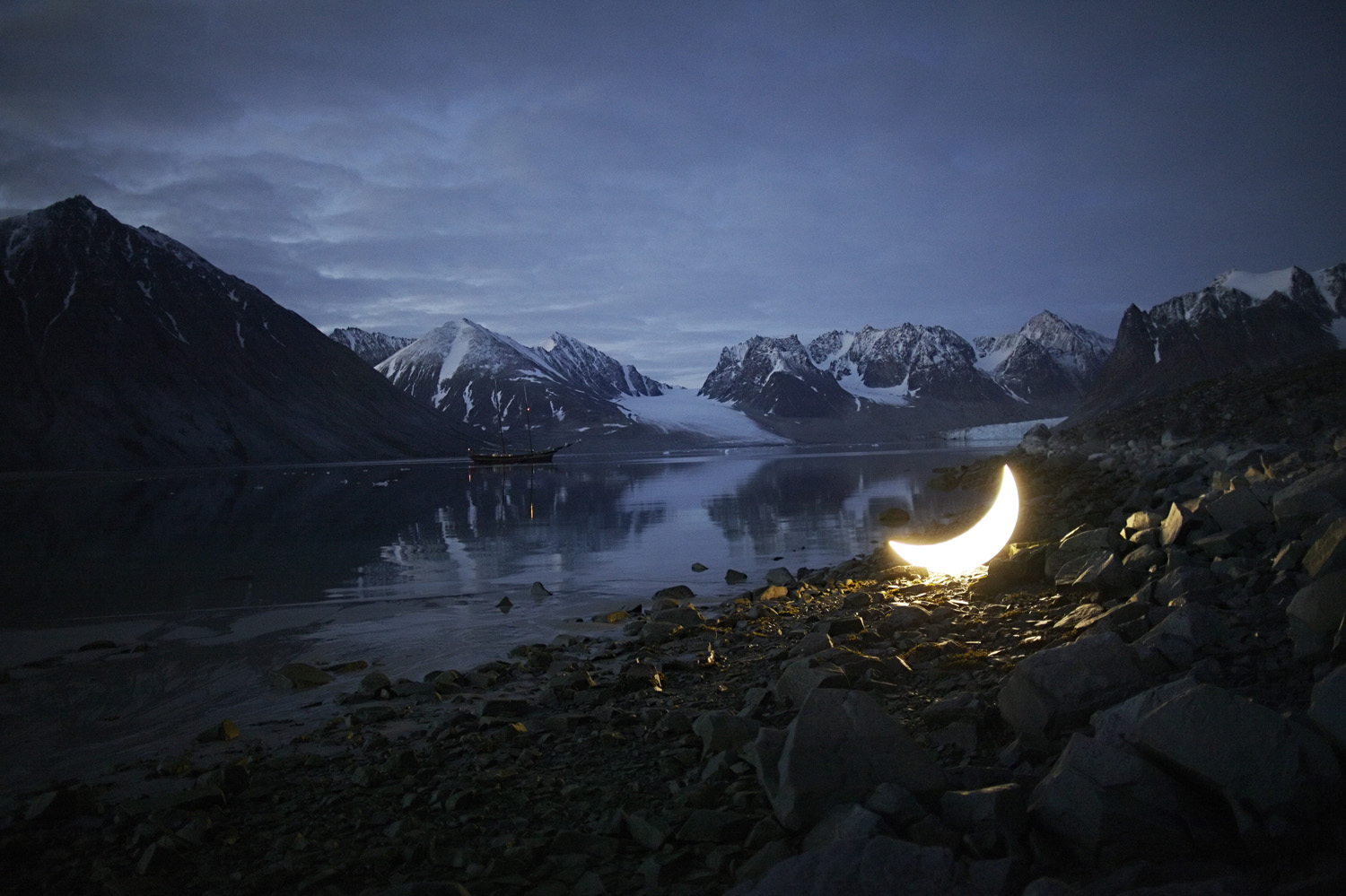 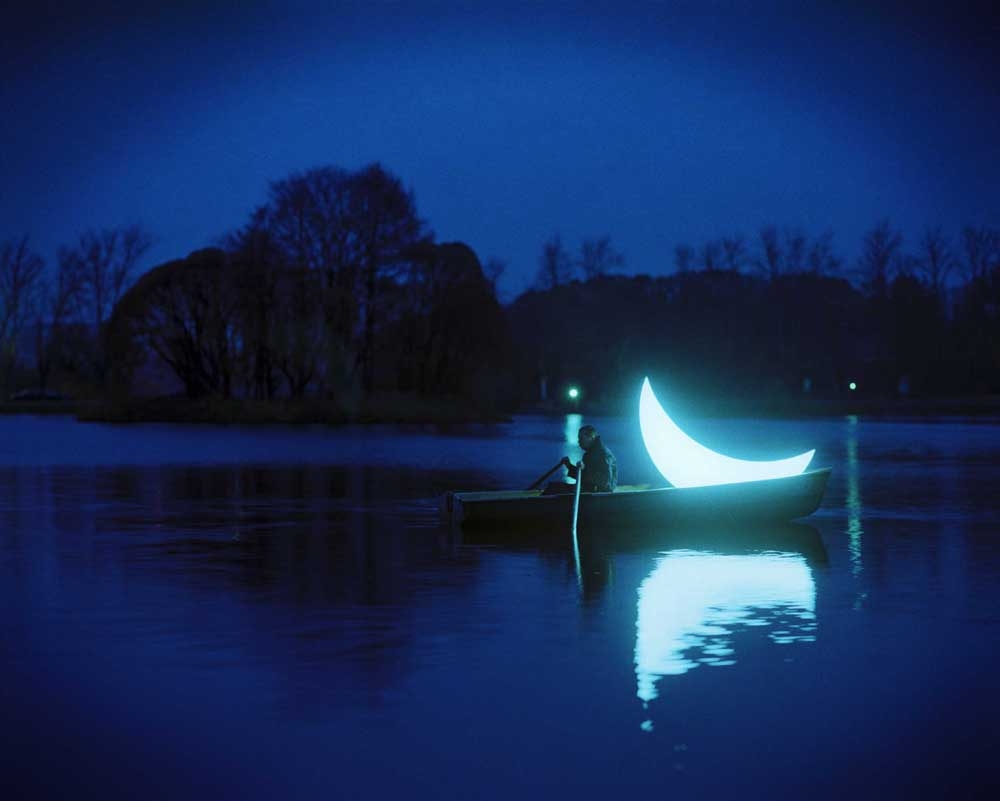 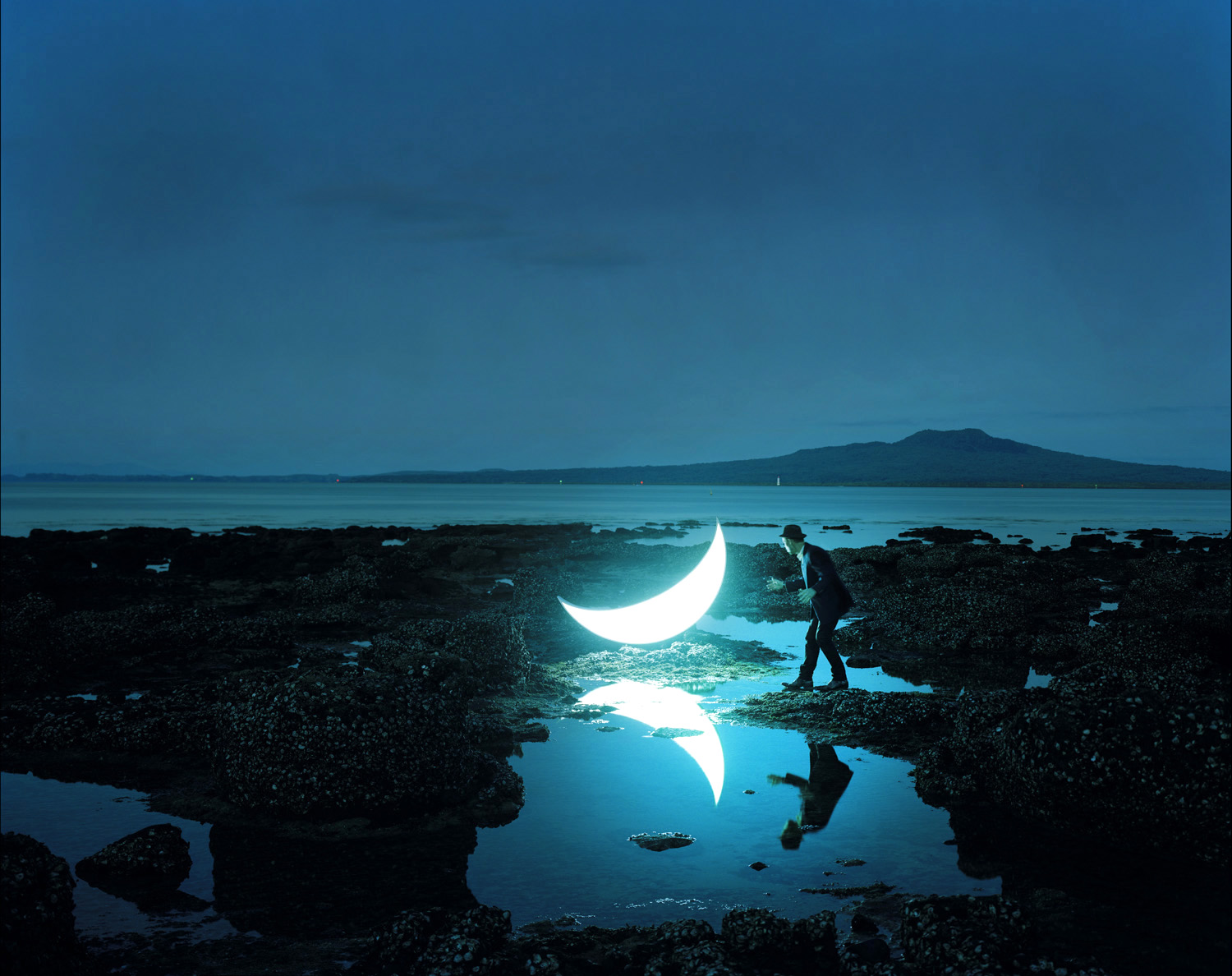