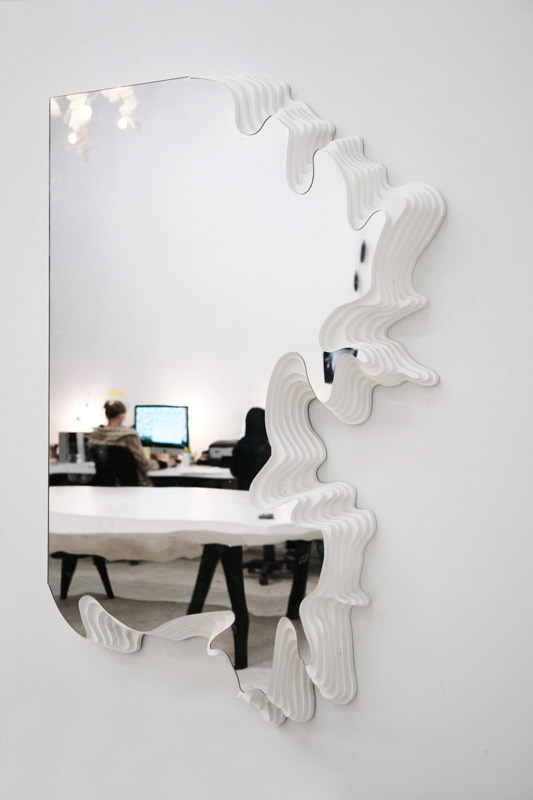 The topographic landscape of the positive version of the mirror appears to have been extracted from the void created by the excavation of its negative twin. While the layered stacks of the positive form culminate in a perfectly mirrored surface, the inverted topography of the negative is excavated from its architectural surroundings to reveal an unexpected mirror within the thickness of the wall. Paired mirrors designed to be installed opposite one another, they have the effect of joining or collapsing the architectural space between them. 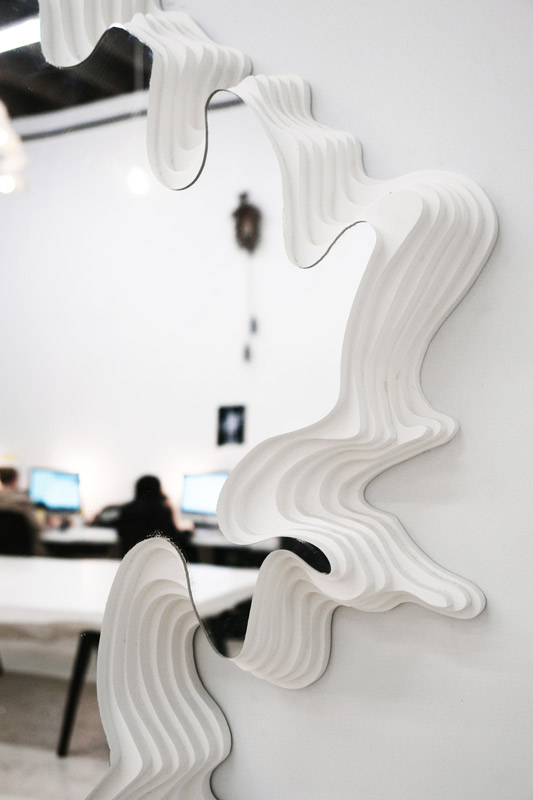 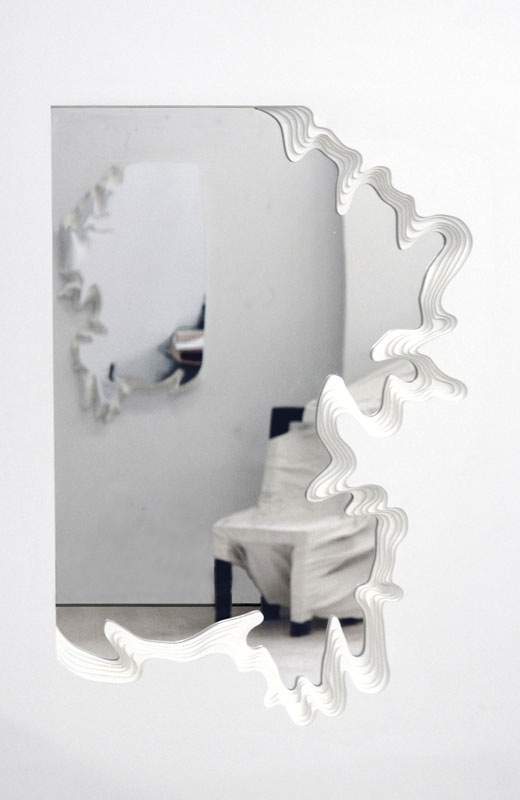 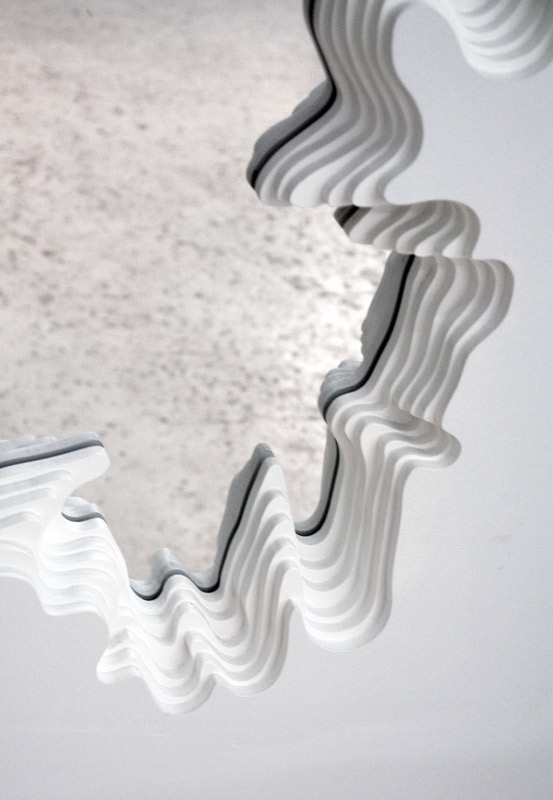 Cutting Board by Mustard Gifts
Balancing Fishbowl by Psalt Design